‘Fire & Rehire’- where do employers stand? 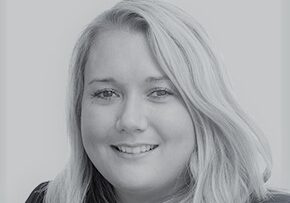 A lot of you might have seen quite a bit in the news about employers firing and rehiring their employees. Now, what is this you ask… essentially during the pandemic, whether to access the furlough scheme or to just simply enable survival of the business through these unprecedented times, many employers have changed their employees’ terms and conditions. In this, we have found that some employees have been willing to agree to the changes proposed, being keen to avoid a redundancy situation…BUT…with the employees that do not agree, the employer will often give lawful notice to end their contract and then offer a new contract under the new terms. Thus, the ‘fire and rehire’ term is brought to life.

Employers’ use of the ‘fire and rehire’ tactic has been portrayed in the press as the easy option for employers to make such changes – and as long as the employer has a sound business reasons for making the change, the dismissal is likely to be fair provided that the employer has gone through a fair procedure, including a detailed consultation before dismissing. However, there are still significant legal risks and considerations for employers to bear in mind; unfair dismissal and discrimination claims spring to mind.

‘Fire and rehire’ was brought into the spotlight more recently by a British Gas case. Here, employees were given notice to end their existing contracts and asked to agree to new terms for lower pay and longer hours. Hundreds refused (understandably) and so their employment was terminated. There was also a case even more recently, Khatun v Winn Solicitors, where it was found that the dismissal of a solicitor for refusing to accept new terms during furlough was held to be unfair.

This is obviously quite a hot topic at the moment – so what is it that the government and ACAS are saying about it? Well, representatives from the government have openly said that they need to be quite careful when considering intervention in commercial contractual matters between employers and employees, but that they will look more into the issue ‘when parliamentary time allows’. So not a huge amount from the government side of things. They did, however, ask ACAS to investigate ‘fire and rehire’ and to report back.

In ACAS’ investigations, they gathered a range of views from professional bodies with workplace expertise, including trade unions and employer organisations; all of which provided them with the insight they needed into the use of fire and rehire. Within the ACAS report, Susan Claws, ACAS Chief Executive, made the following comments:

“Some of the participants told us about the business challenges of COVID-19 and how the use of fire and rehire can help reduce redundancies. Others believe that the practice is unacceptable, and that the pandemic has been used as a ‘smokescreen’ to diminish workers’ terms and conditions”.

“There was also evidence that fire and rehire practices have been used for many years and predate the pandemic”.

Susan concluded her comments by stating that ACAS will take up the government’s request to produce further guidance that encourages good workplace practices when negotiating changes to staff contracts. So, we need to watch this space…

What the above shows is that employers need to give careful thought to any dismissal and re-engagement process that they may be thinking of doing. You should first seek to look at other ways of cutting costs; perhaps recruitment freezes, voluntary redundancies or making use of the furlough scheme, among other measures. Then if it is necessary to go down the fire and rehire route, the best approach is communication, communication, communication and to, without fail, make sure you are following a fair and correct process.

So, to conclude, although fire and rehire is potentially a lawful practise, it can be a high-risk strategy which employers should not tackle lightly without understanding fully the potential risks and pitfalls involved.

Should you need any advice on the above or wish to discuss anything further, then please feel free to contact a member of the team.